To make the toffee sauce, put the prunes into a pan with 175ml of water and cook gently for about 5 minutes until softened. Blitz with a hand-held blender until smooth, then stir in the butter, dark muscovado sugar, golden syrup and cream and simmer gently for a few minutes until the butter has melted and the sugar has dissolved, stirring regularly. This makes 250ml of prune toffee sauce.

Cut the pudding into portions and arrange on plates. Pour over some of the toffee sauce to serve or flash under a hot grill until bubbling, if you’d prefer to serve it warm, adding a dollop of the half fat crème fraiche if you fancy it.

<<Search for another recipe>> 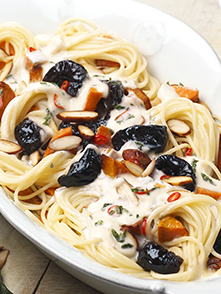 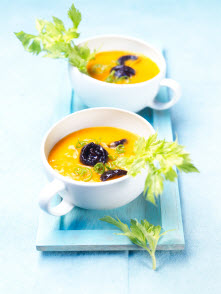 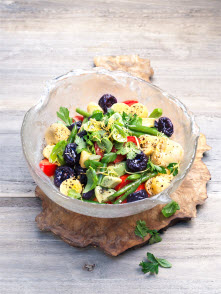